Twenty Things to Do

Transcendence is a vast game with lots of content and many secrets. Here is a list of the top twenty most interesting things to do in the game.

The Korolov Shipping station is one of the first mini-games you encounter. The goal is to earn money by escorting freighters and defending them against the Charon Pirates. But choose your missions carefully: valuable cargo attracts more dangerous opponents. And watch out for the dreaded Kronosaurus, the legendary pirate frigate that has sent many skilled pilots to a fiery grave.

Visit a mining colony to acquire the equipment needed for asteroid mining: a mining laser to dig for ore and a specialized mining cargo hold to capture and store your prize. Fire your laser at an asteroid and see if any ore comes out. If it does, dock with the ore to bring it aboard. If no ore comes out (most asteroids will be dry) just pick a different asteroid and try again. Rocky asteroids have some ore; ice asteroids very little. Volcanic asteroids are the best.

Making money trading is a simple matter of buying from those who have and selling to those who want. Hotels want (and will pay for) luxuries; ice farms produce exotic food in abundance. Some stations want medicine; others produce it. You might also profit by visiting a Corporate manufacturing plant and selling it what it needs and buying from it what it produces.

The Battle Arena is one of the modern wonders of Human Space. Gladiators from every system fight to the death inside its forcefield-enclosed stadium. If you think you've got what it takes to challenge them, sign the disclosure forms and fight for money and honor! But remember: the crowd will love you only if you give them a good show. You can find the Arena roughly halfway between Eridani and St. Katharine's Star.

5. Trade with the Black Market 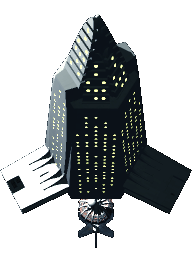 Like any other civilization, the Commonwealth has a thriving layer of organized crime. If you work for the Black Market you will be able to trade in goods some of society would rather didn't exist: everything from pirated 3DV shows to unlicensed cancer drugs. In exchange, maybe you'll get access to restricted military technology. Of course, getting an introduction to the underworld is tricky. Here's a hint: some Black Market operatives like to dine at the fancy hotels. If you have something they want, maybe they'll talk to you.

6. Invoke the Powers of Domina

Domina influences you and calls you to the Galactic Core, but she can also help you physically. If your connection to Domina is strong enough, you can call on her powers to defend you against attack or vanquish your enemies. Visit the Sisters and offer items to improve your connection. What kind of items does Domina want? Try psionically active items such as prayer crystals or death cubes—anything with an imprint of conscious intelligence.

As you travel further away from Eridani, you will reach the Charon star system and the home of the Charon Pirates. While pilots from Korolov valiantly try to maintain a toe-hold in this dangerous system, it is clear the pirates have the upper hand. Perhaps you will be able to turn the tide.

8. Visit the Capital of the Commonwealth

If you survive the Charon system you will reach St. Katharine's Star and the capital of the Commonwealth. The system is most famous for Incandescent, one of the three known habitable planets of Human Space. But for spacebound ships the jewel of the system is the magnificent Arcology of New Victoria. This massive orbiting station gets more space traffic in a day than most stations get in a year. Whether your goal is trading exotic luxuries or upgrading weapons don't miss an opportunity to visit this vast metropolis.

The systems beyond St. Katharine's Star form the Ungoverned Territories, where the men and women of the Militia protect Commonwealth space against Marauders, Dwarg, and the civilization of the Sung Slavers. If you successfully complete missions for the Militia, you will receive a coveted military ID, which allows you to legally purchase and install advanced weapons and devices.

10. Rescue Captives of the Sung Slavers

Sung camps in the Ungoverned Territories hold a slave workforce that toils ceaselessly on mysterious projects. A well-armed captain could attack and destroy these camps and free the captives within. But aim carefully: friend and foe mix closely in the camps.

A hundred years ago the Huari Empire ruled the systems of the Ungoverned Territories, but then the expansionist Sung Slavers destroyed their stations and captured their people. The few Huari that remain hide inside their massive fortresses, distrustful of outsiders, and violently defensive of their remaining territory. If you help them, perhaps they will help you in your quest to reach the Galactic Core. But first you must convince them you hate the Sung as much as they do.

Ferian miners are zoanthropes (devolved humans) who mine asteroid fields for precious minerals—precious minerals that are valuable to you as trade for advanced technologies. The nearly defenseless miners are no match for your weapons, and in a Darwinian universe the strong will often prey on the weak. But even the Ferians have their breaking point, and they will not allow themselves to be exploited forever.

13. Help Dvalin with his Research

Dvalin, the brilliant Chief Scientist of the Rasiermesser Corporation needs your help in his research. Bring him samples of various technologies and you might help him to develop fierce weapons and powerful devices. Of course, the rare technology he's interested in must often be looted from the wrecks of hard to kill enemies.

14. Lead a Squadron for the Commonwealth Fleet

Deep in the Outer Realm the once mighty Commonwealth Fleet fights a desperate war against the ever more powerful Ares Orthodoxy. If you've got what it takes to help them, perhaps they will ask you run missions for them. Each mission you complete successfully earns you a chance for promotion, from a privateer running simple recon missions to a Fleet officer commanding a squadron of Centurion-class heavy gunships.

The stronghold of Point Juno is the most important Fleet installation in the Outer Realm—without it as a supply base, the massive Commwealth Star Carriers of the Fleet would be forced to retreat back to St. Katharine's Star. But Point Juno is under attack, and they need your skills and your weapons to turn back the Ares onslaught. 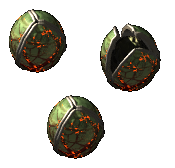 Teratons have embraced every kind of genetic modification to help them to survive in space and as a result no longer share much with humanity. Their values, goals, and ideals are utterly alien to us and they think us inferior creatures. Nevertheless, they will trade their sophisticated technology for raw materials and other precious items.

17. Track Down the CSC Antarctica

Aboard the CSC Terra, Admiral Decker coordinates the activities of the Fleet across many star systems. But the war is not going well and some elements of the Fleet have broken away and gone rogue. Once you become a Fleet officer you might meet the admiral and he might ask you undertake a terrible mission: to hunt down and destroy one of his own carriers, the CSC Antarctica.

For many years the Fleet has been developing a secret weapon that could turn the tide of the war. If you gain Admiral Decker's trust, he may ask you to help test the weapon—a weapon that could help you in your own mission to reach the Galactic Core.

At the edge of Human Space, researchers are studying the Iocrym, the alien race that visited humanity many years ago but that has yet to return. What are they like? How does their technology work? And what mysterious purpose has brought them to our corner of the galaxy?

Starting in the safe and comfortable environs of Eridani, you journey towards the Galactic Core, summoned by the hyperintelligence known as Domina. Each star system you reach takes you further away from home, but the technologies you acquire and the mysteries you unravel increase your power and bring you closer to your goal. Will you survive to leave Human Space and proceed to the heart of the galaxy? Or will your quest end in a blast of incandescent gas and hard radiation? Start your journey and find out!